My manager asked me to build a prototype single page Flare output that implements a right-hand navigation that updates with scrolling. The example I was given was the documentation for the Bootstrap library. The documentation for Bootstrap uses Bootstrap. We used Bootstrap too. Here is how the prototype looks. The link after this image is a video clip of the scrolling behavior and the link after that is a live copy of the output. 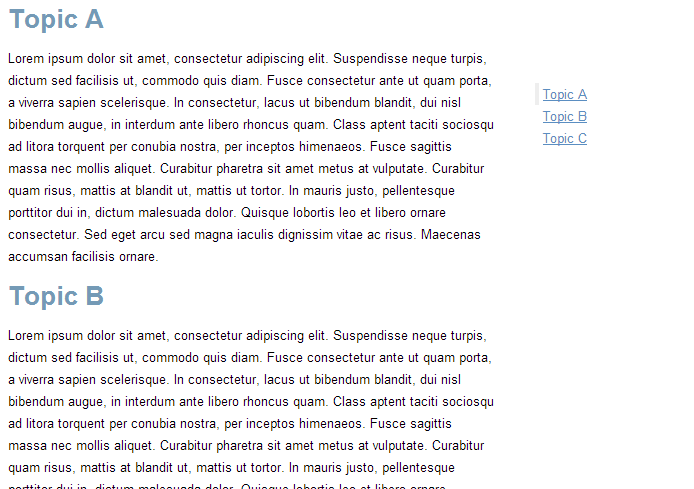 To change the content, you can adjust the topics in the Content.fltoc TOC. The XHTML Book target (SinglePage.fltar) is configured to build an output for another TOC (Master.fltoc) that contains Content.fltoc. If you want to make other kinds of adjustments, read the next section for more details about how this example works.

When you publish this output, you must manually copy some of the JavaScript files to the appropriate relative location. You may want to adjust the the paths in the example to suit your needs to reuse the script for multiple outputs.

There is a comments section or you can email info@tregner.com if you need more guidance.

That target type is called XHTML Book. But we won’t be using the book viewer. You might say we are breathing new life into this target type.

We are going to use the generated XHTML file and CSS and omit the TOC that can be generated at the top of the content. Let’s work up to that point and then do our scripting.

Create a project. Use the Empty template. In Flare 10, we can’t select XHTML Book as the default target type from the New Project Wizard. 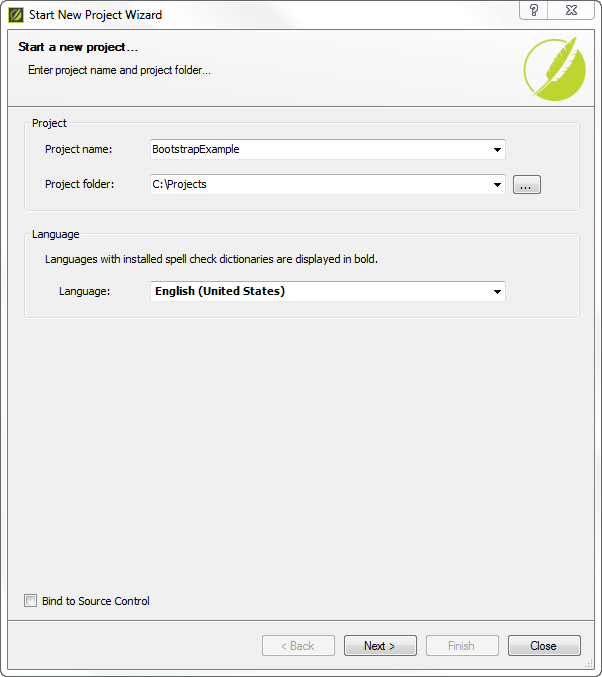 Create some topics in the project. Let’s throw in some different heading levels for good measure. 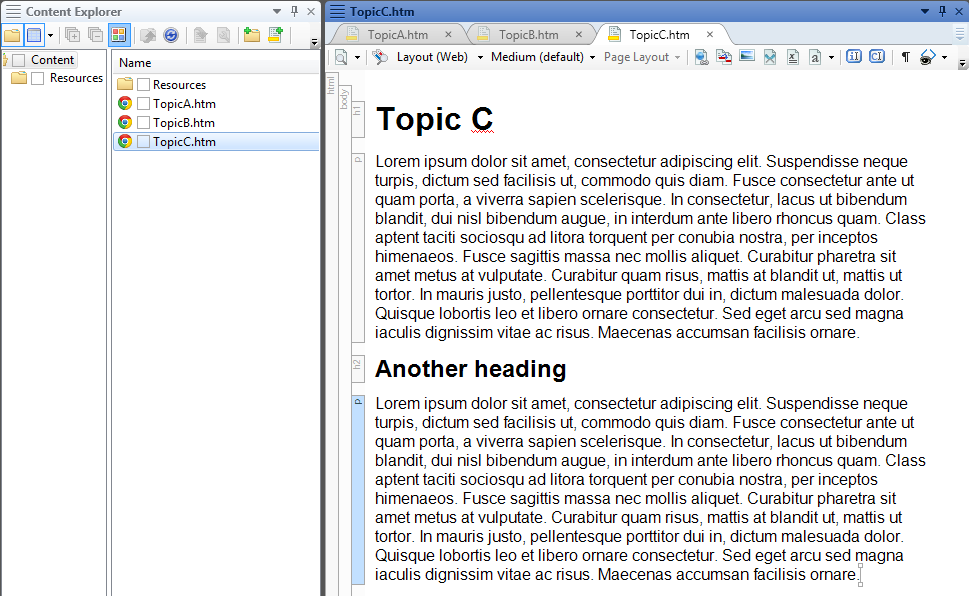 We’ll create a new TOC and add those topics to the TOC.

We’ll reference the new TOC in the default TOC. The reason is we want to bookend the content TOC with some other utility topics but keep those from clouding the authored content. We can reuse those utility topics for other single page outputs.

And we’ll explicitly reference the default (outer TOC) from the target. This is just to ensure that one is always used.

We’ll deselect the option to generate a TOC proxy and the other proxies. 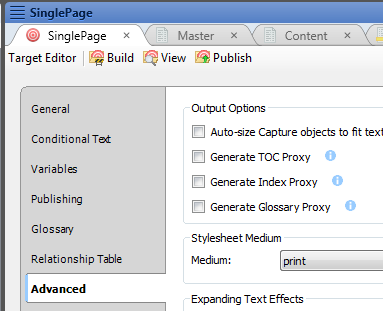 Now we have the basis for our single page output.

Let’s build the target to see what we get. But we won’t view the output with the book viewer. Instead, we’ll open the output folder and look at the *.htm file. 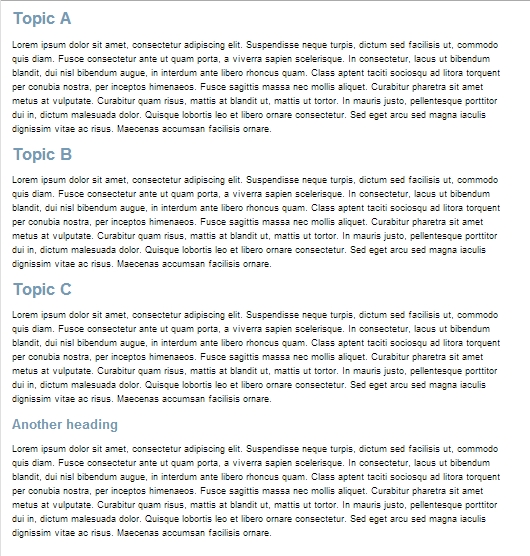 Let’s download Bootstrap and place it in our project in the Content\Resources folder.

Next we’ll create those two bookend utility topics mentioned earlier. We’ll call those Scripts0.htm and Scripts1.htm. In the outer TOC, we’ll put Scripts0.htm before the wrapped TOC and Scripts1.htm after the wrapped TOC. For most online outputs we could use a Master Page. But there is no Master Page option for XHTML Book targets. This is a “book” target. It uses Page Layouts. The outer TOC will serve as our “Master Page.”

In Scripts0.htm, we’ll create script elements to load jQuery from a CDN (Content Delivery Network) and to load Bootstrap from the copy in the project. jQuery is a dependency for Bootstrap so that one goes first.

In Scripts1.htm, we’ll add this markup to form the outer elements for our navigation and to load the script (single-page.js) we are about to create.

The menu that updates with scrolling will appear in the div element in the preceding markup. The script adjusts the markup after it is loaded. In particular, we are clearing out name attributes used for bookmarks and replacing those with id attributes. Then we are building the navigation with JavaScript and Bootstrap.

We’ll also place this script in the Content\Resources folder in the project. In the example a subfolder is used. Much of this script adjusts the markup of the XHTML Book *.htm file to suit our needs. Many of the changes are to links and destinations. The script converts some of the cross reference information to true links. This involves sanitizing the strings for characters that are not valid in URL encoding.

You may run into issues with some types of links in your content. You’ll have to adjust the script to handle those. This script covers the scenario where there is an absolute link with some of the more common schema names. The script leaves those alone.

But to place h2 elements in the first level, the condition could be changed to this.

Scrollspy is started with the following line.

Some content may run into issues where the navigation tracks up an entry when a link in the menu is clicked. The overcome that, adjust the offset.

Here is the entire script.

We’ll adjust the body element rules in Modern.css. This is so scrollspy plays well with the styling.

Then we’ll add this to Modern.css. We’ll append the following to define how the navigation appears. Notice the left borders are used to indicate the active parts.

A note about publishing. The script locations resolve locally. But we must manually copy the scripts for Bootstrap and our single-page.js file from the project and post those at the correct relative location. Scripts are not included in the output for XHTML Book targets. One way around that is to adjust the example to point to a CDN for Bootstrap and to place the JavaScript from single-page.js in the script tag in the utility topic.

There it is. We also used a smooth scrolling library in a version of our prototype to animate scrolling when links are clicked. That may be a short post at a later date.